Each coordinate system is described in more detail below.

coord_cartesian() has arguments xlim and ylim. If you think back to the scales chapter, you might wonder why we need these. Doesn’t the limits argument of the scales already allow us to control what appears on the plot? The key difference is how the limits work: when setting scale limits, any data outside the limits is thrown away; but when setting coordinate system limits we still use all the data, but we only display a small region of the plot. Setting coordinate system limits is like looking at the plot under a magnifying glass. 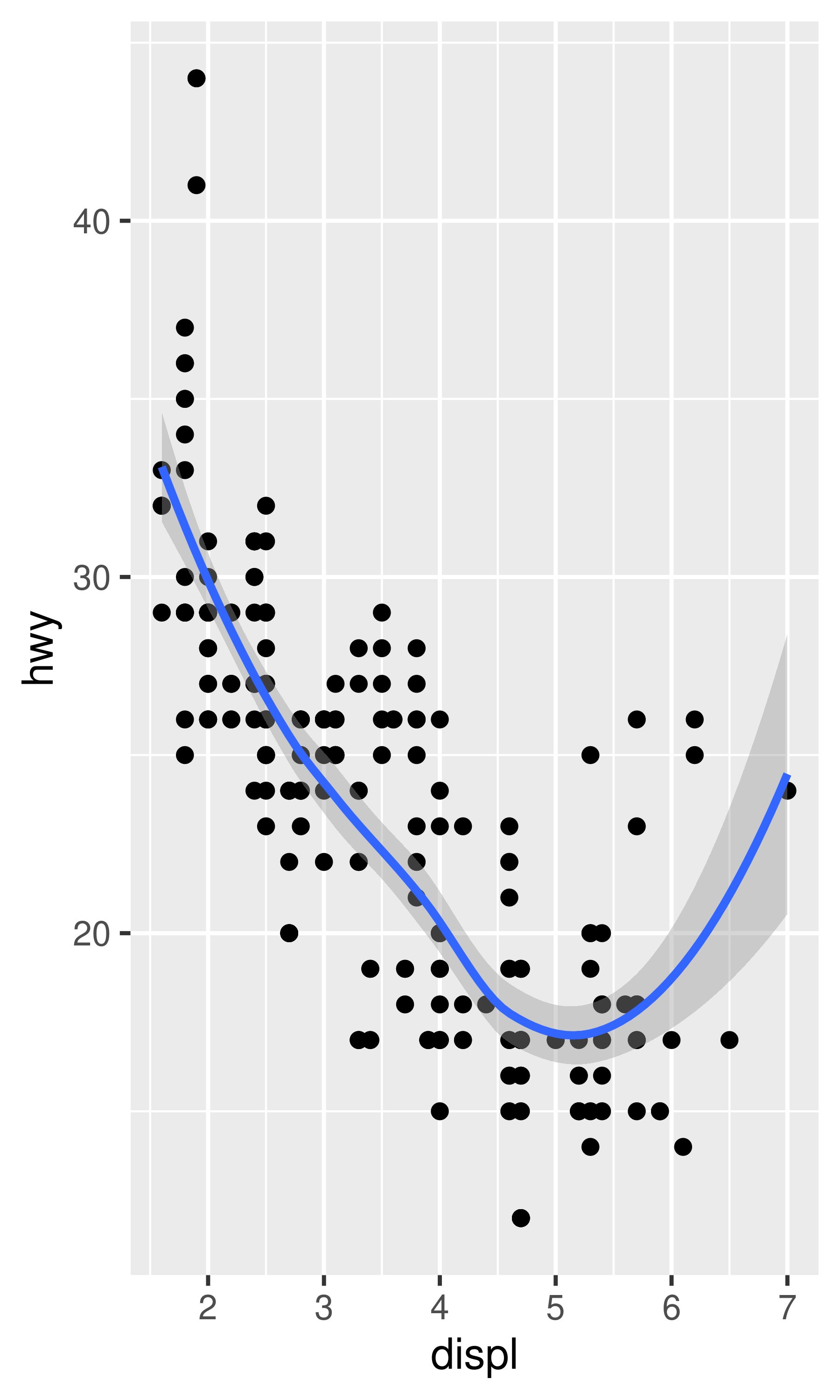 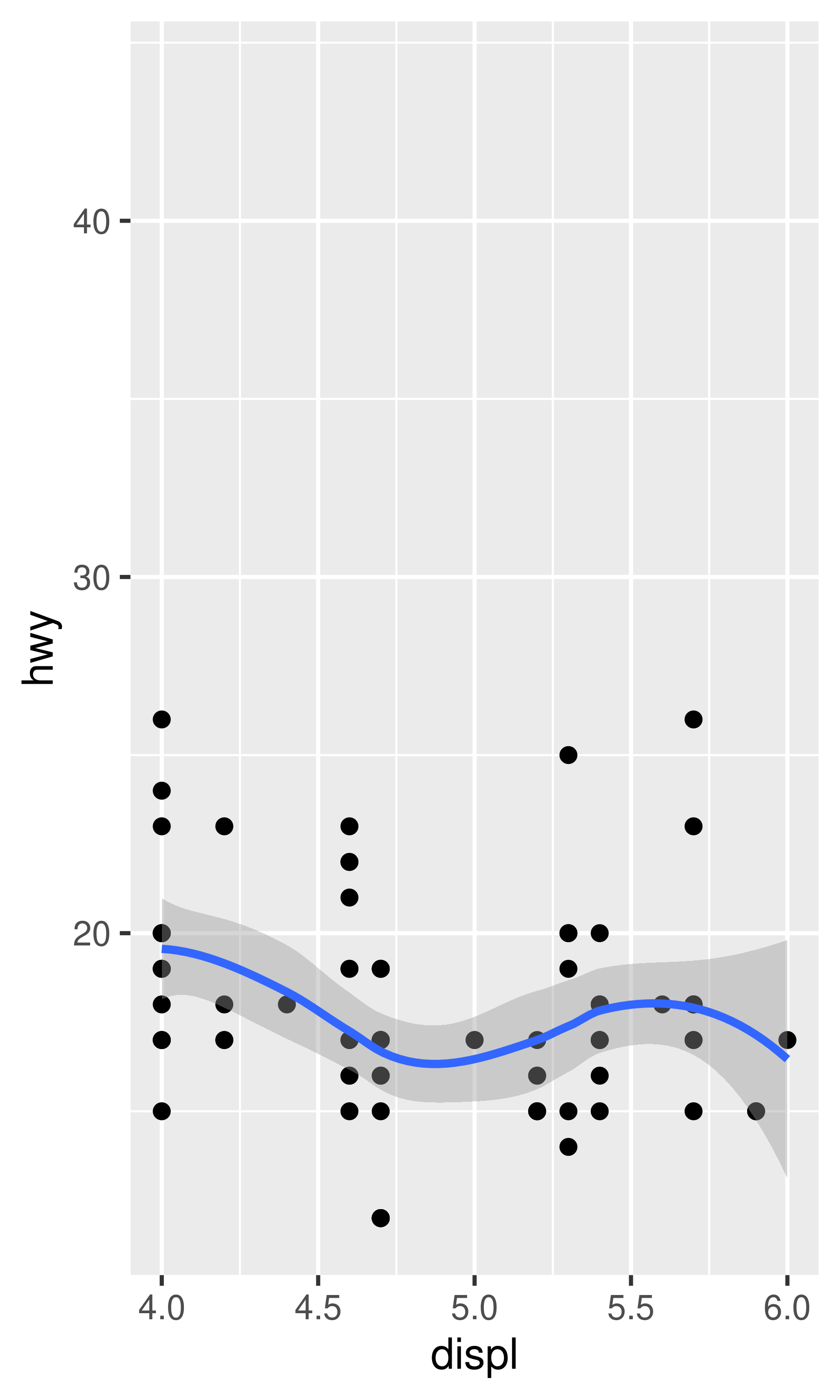 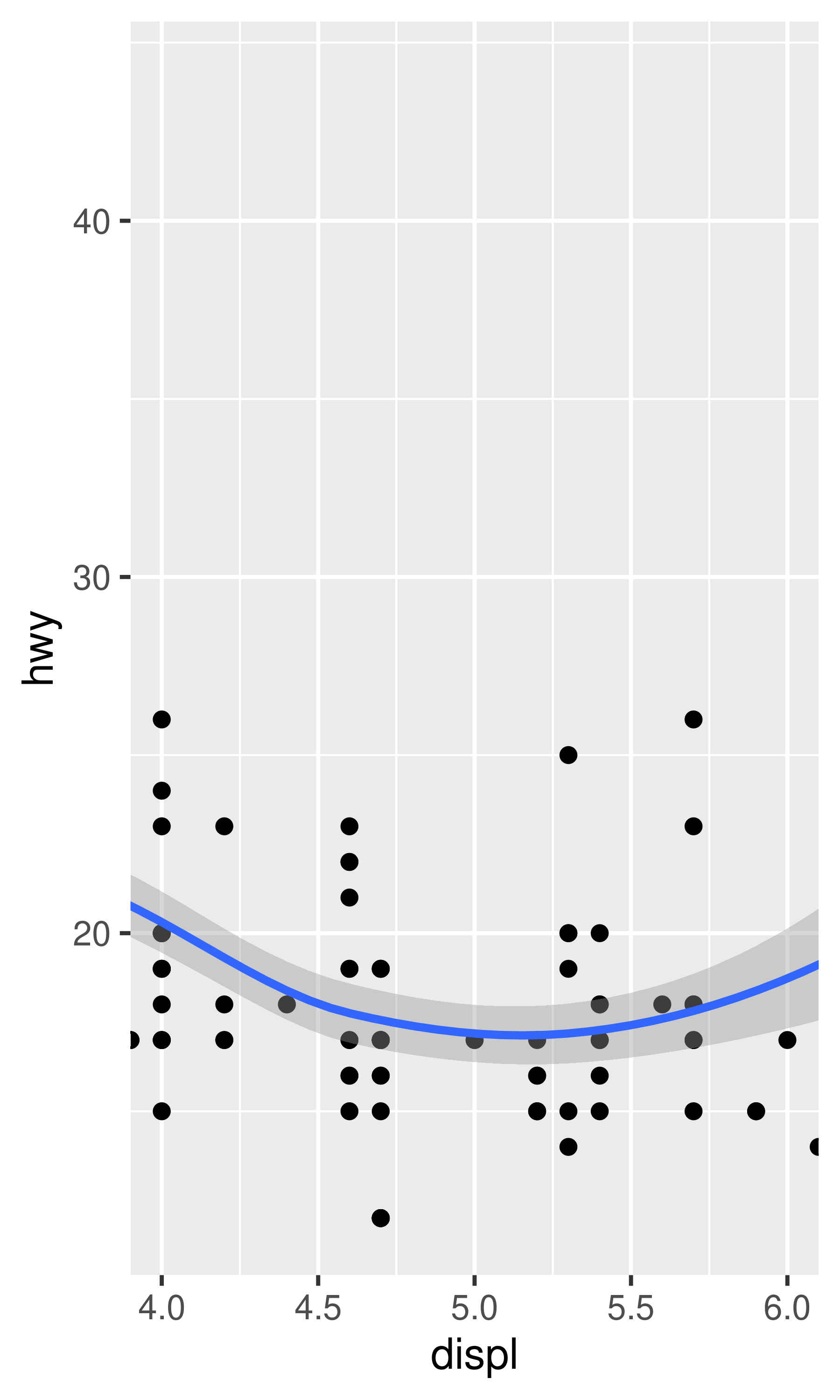 Most statistics and geoms assume you are interested in y values conditional on x values (e.g., smooth, summary, boxplot, line): in most statistical models, the x values are assumed to be measured without error. If you are interested in x conditional on y (or you just want to rotate the plot 90 degrees), you can use coord_flip() to exchange the x and y axes. Compare this with just exchanging the variables mapped to x and y: 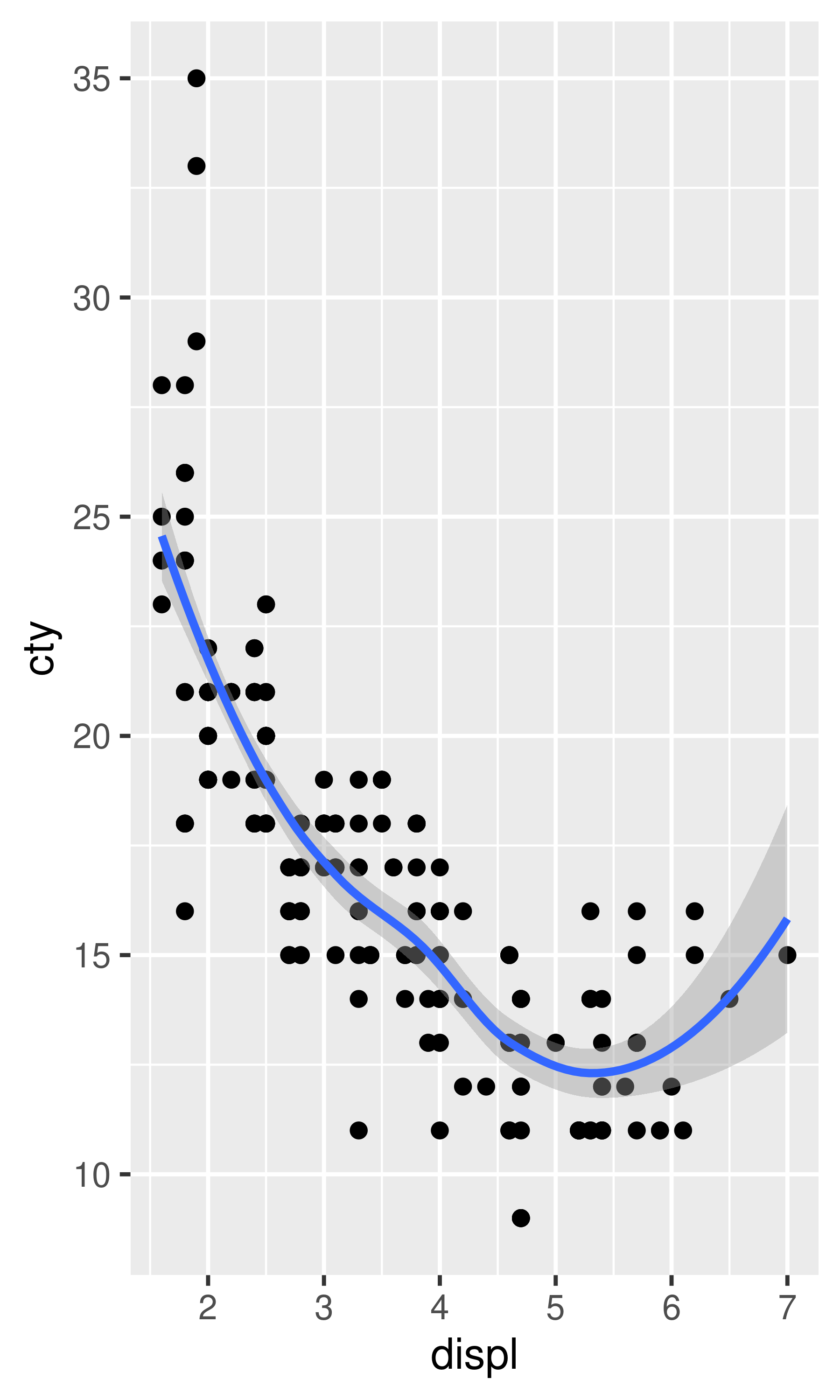 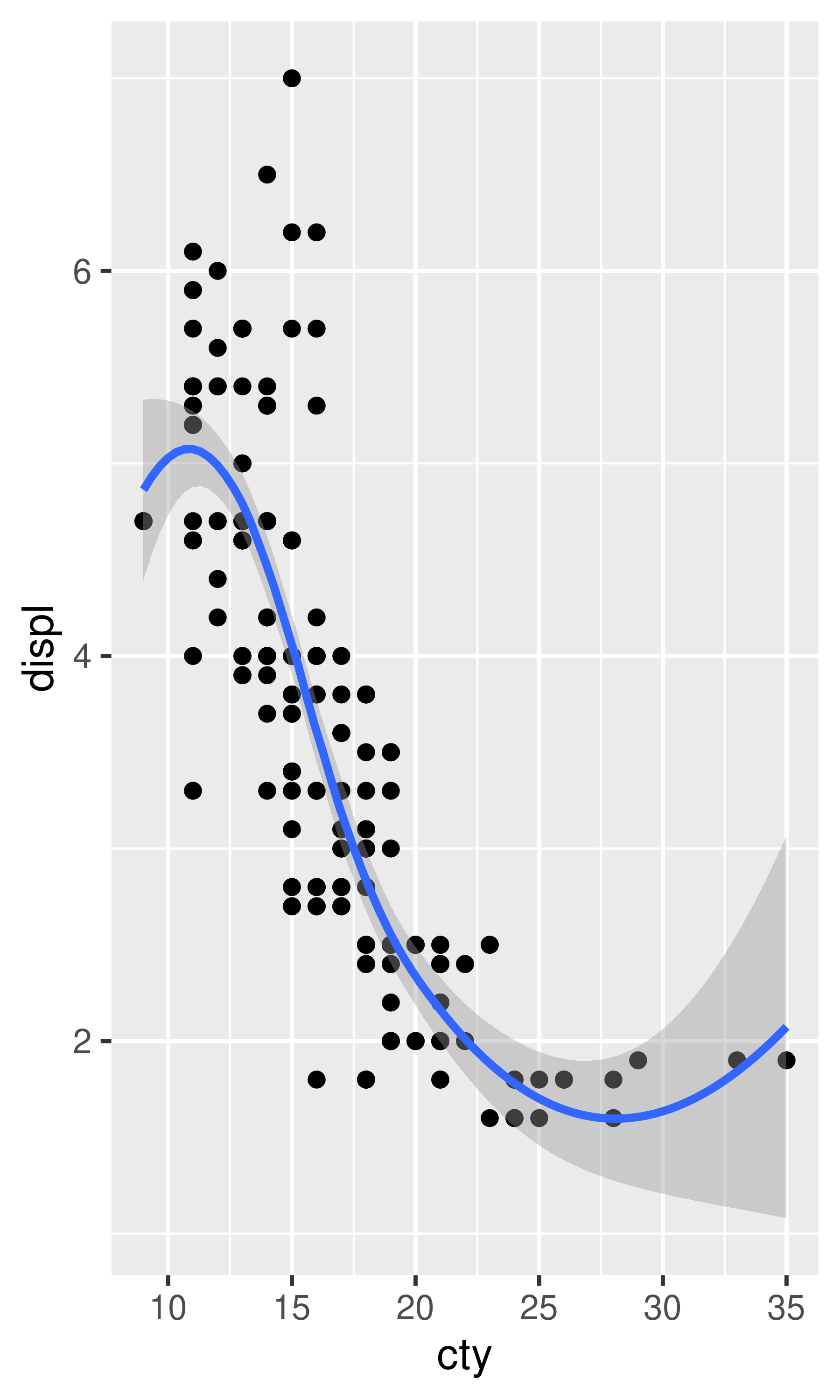 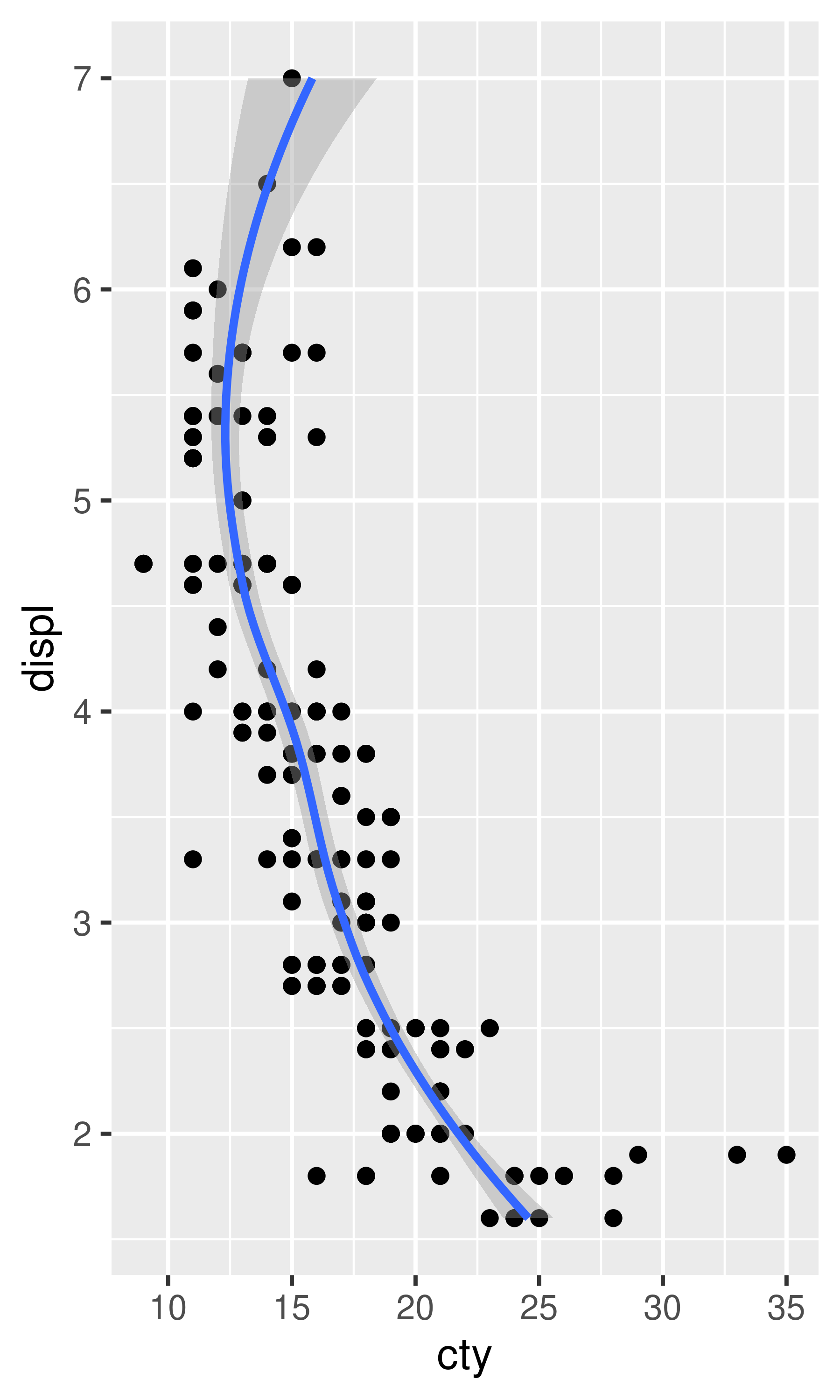 coord_fixed() fixes the ratio of length on the x and y axes. The default ratio ensures that the x and y axes have equal scales: i.e., 1 cm along the x axis represents the same range of data as 1 cm along the y axis. The aspect ratio will also be set to ensure that the mapping is maintained regardless of the shape of the output device. See the documentation of coord_fixed() for more details. 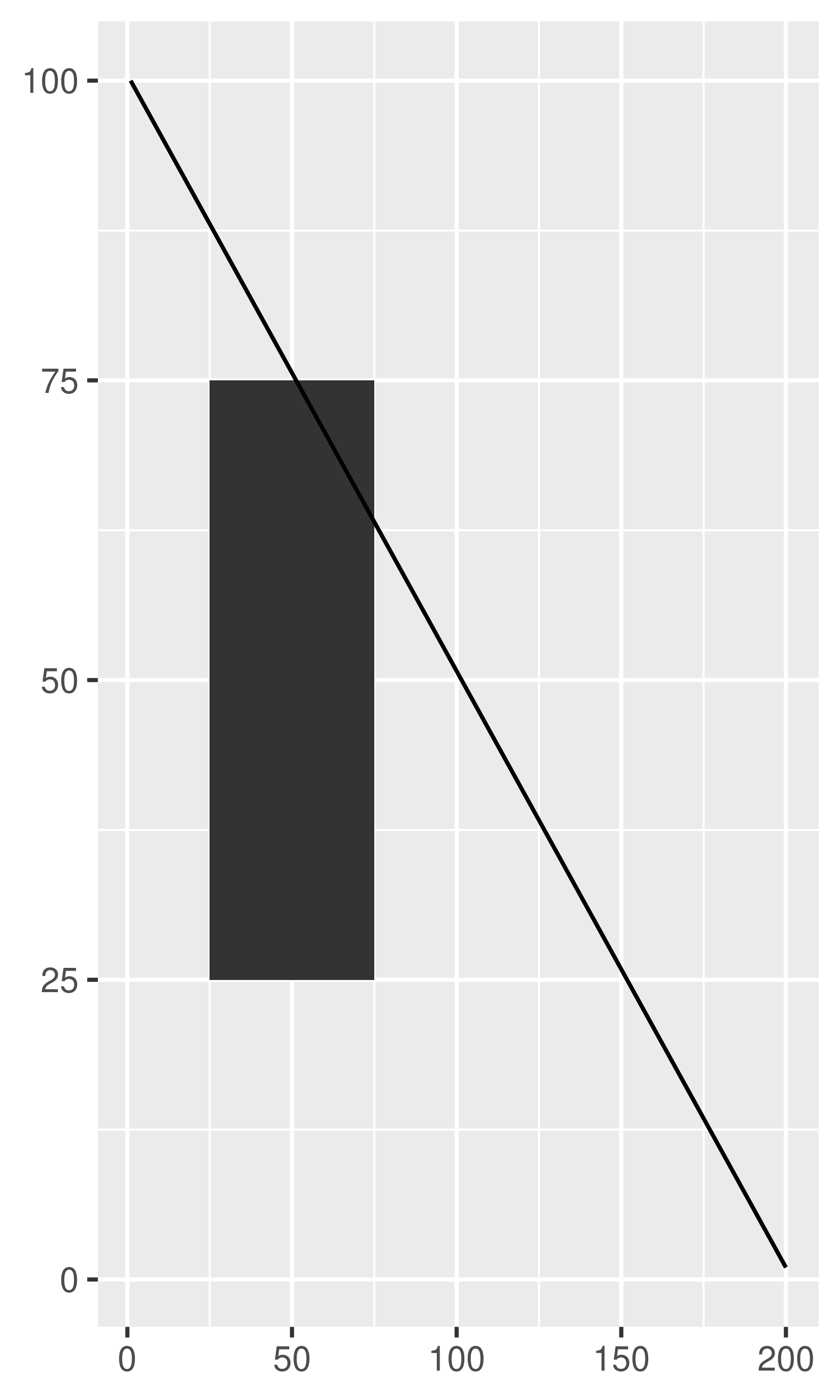 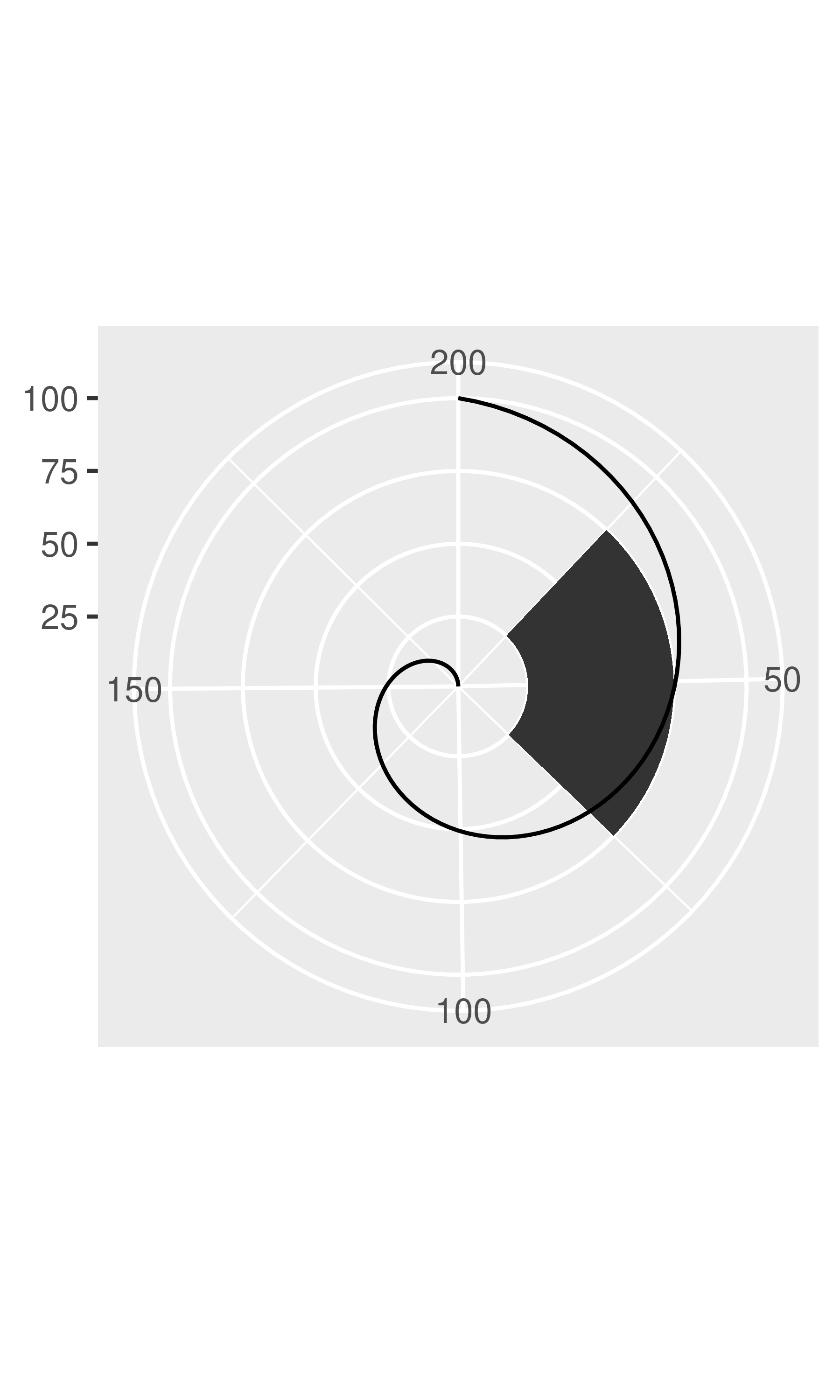 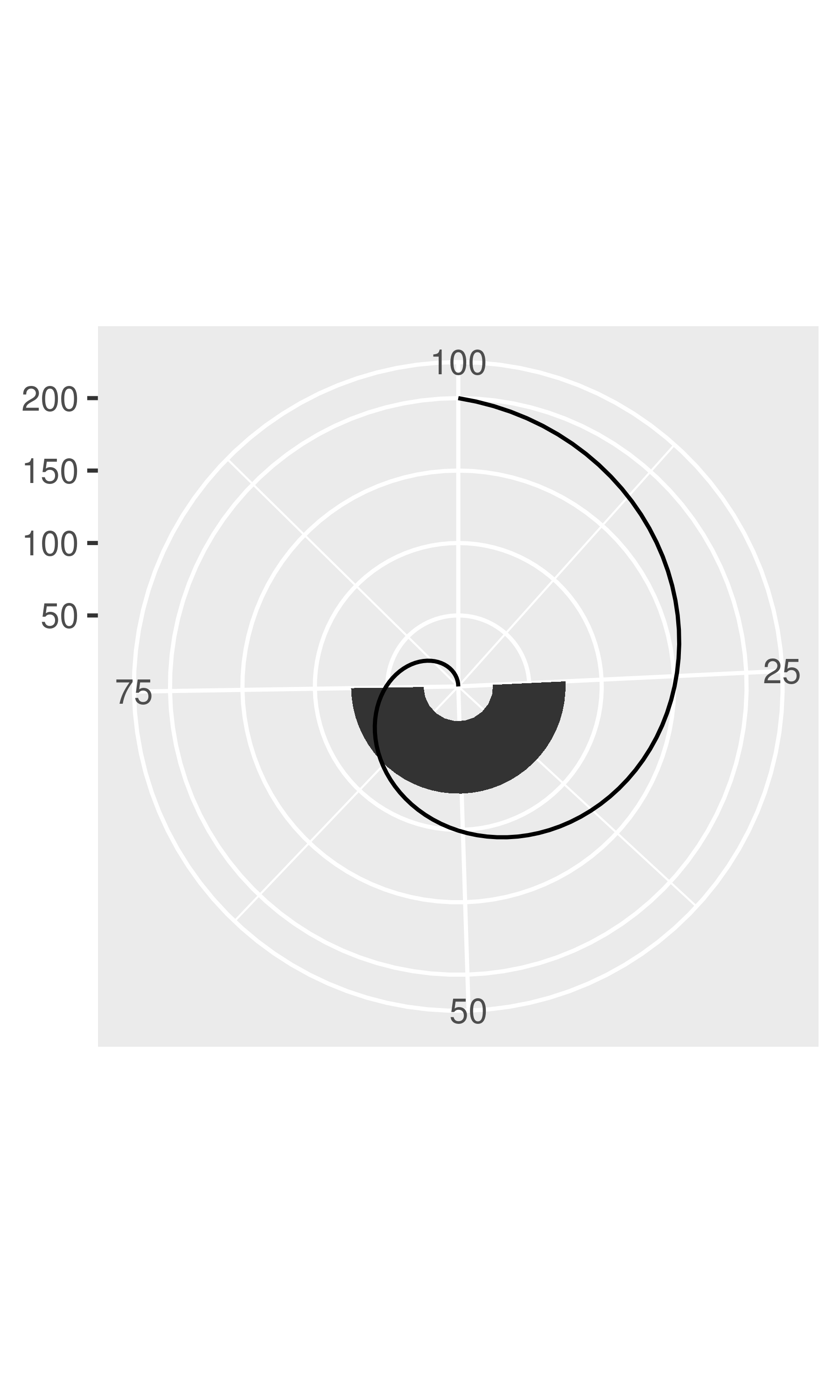 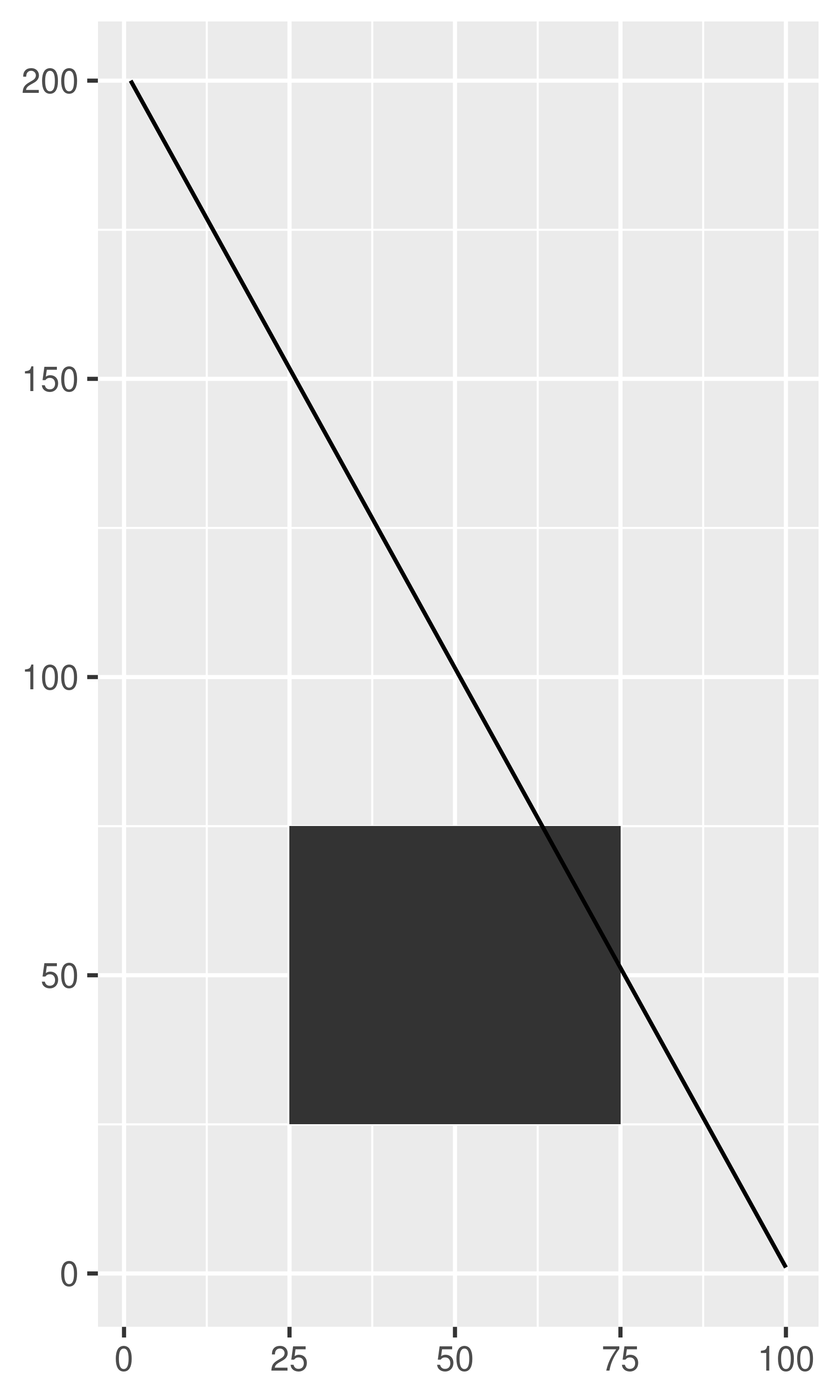 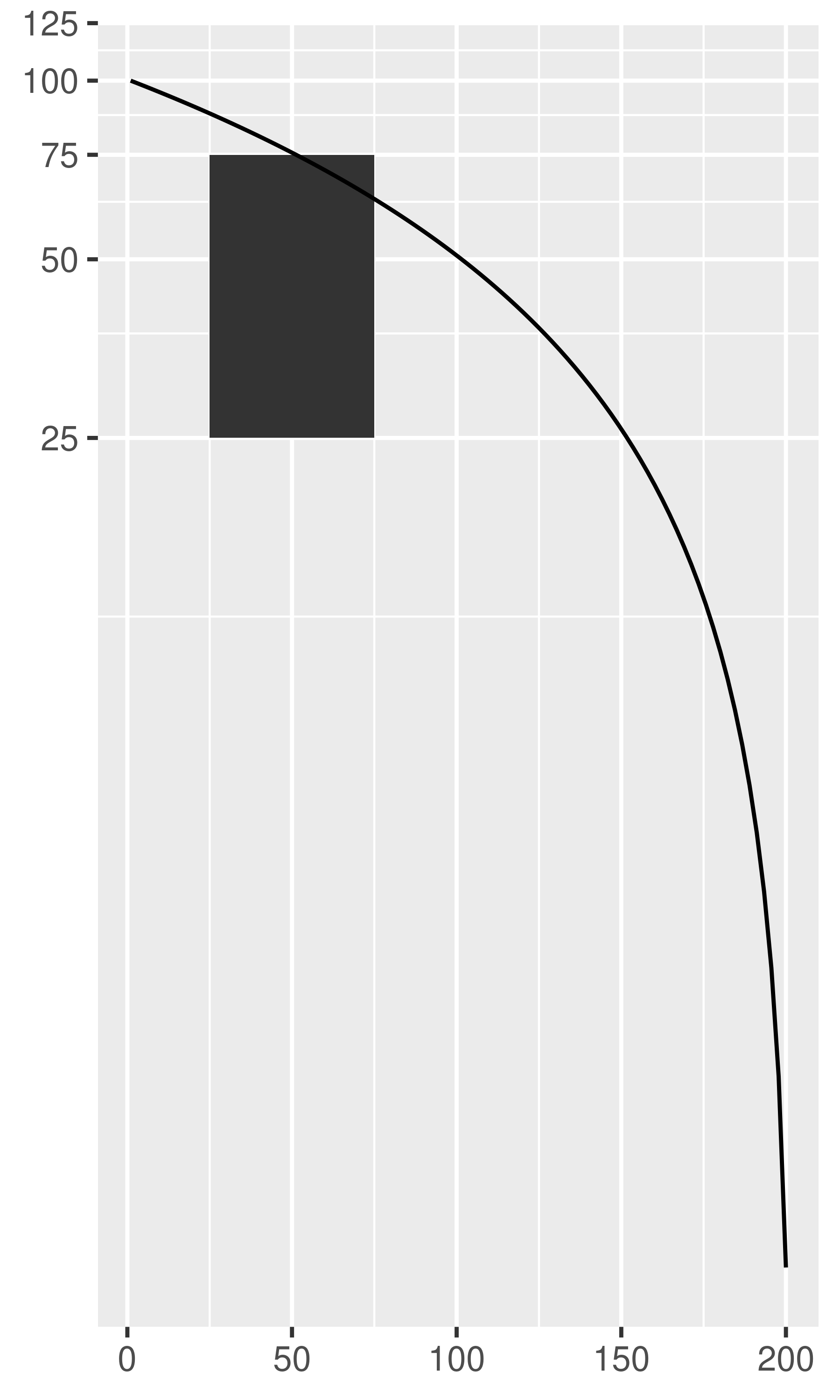 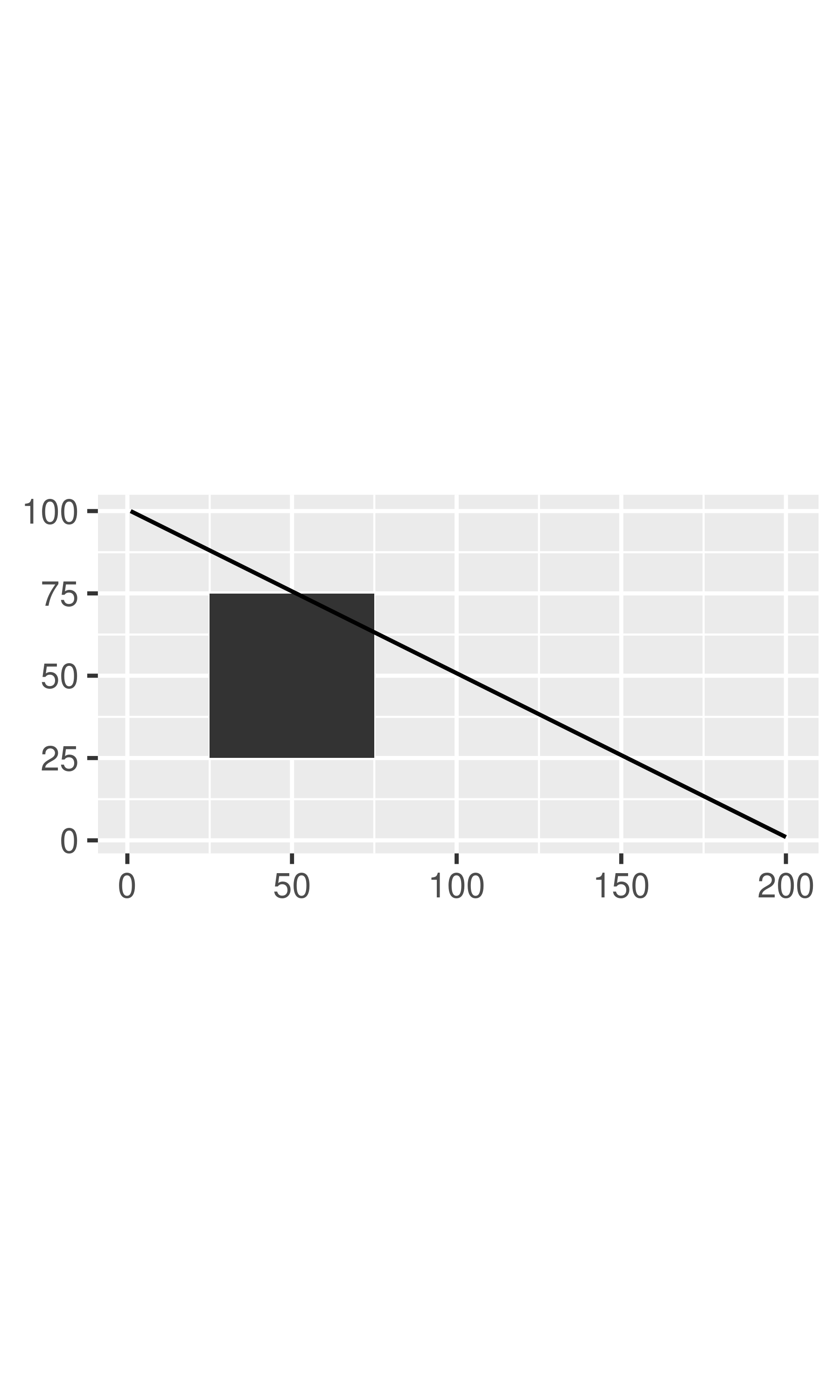 The transformation takes part in two steps. Firstly, the parameterisation of each geom is changed to be purely location-based, rather than location- and dimension-based. For example, a bar can be represented as an x position (a location), a height and a width (two dimensions). Interpreting height and width in a non-Cartesian coordinate system is hard because a rectangle may no longer have constant height and width, so we convert to a purely location-based representation, a polygon defined by the four corners. This effectively converts all geoms to a combination of points, lines and polygons.

Internally ggplot2 uses many more segments so that the result looks smooth.

Like limits, we can also transform the data in two places: at the scale level or at the coordinate system level. coord_trans() has arguments x and y which should be strings naming the transformer or transformer objects (see Section 10). Transforming at the scale level occurs before statistics are computed and does not change the shape of the geom. Transforming at the coordinate system level occurs after the statistics have been computed, and does affect the shape of the geom. Using both together allows us to model the data on a transformed scale and then backtransform it for interpretation: a common pattern in analysis. 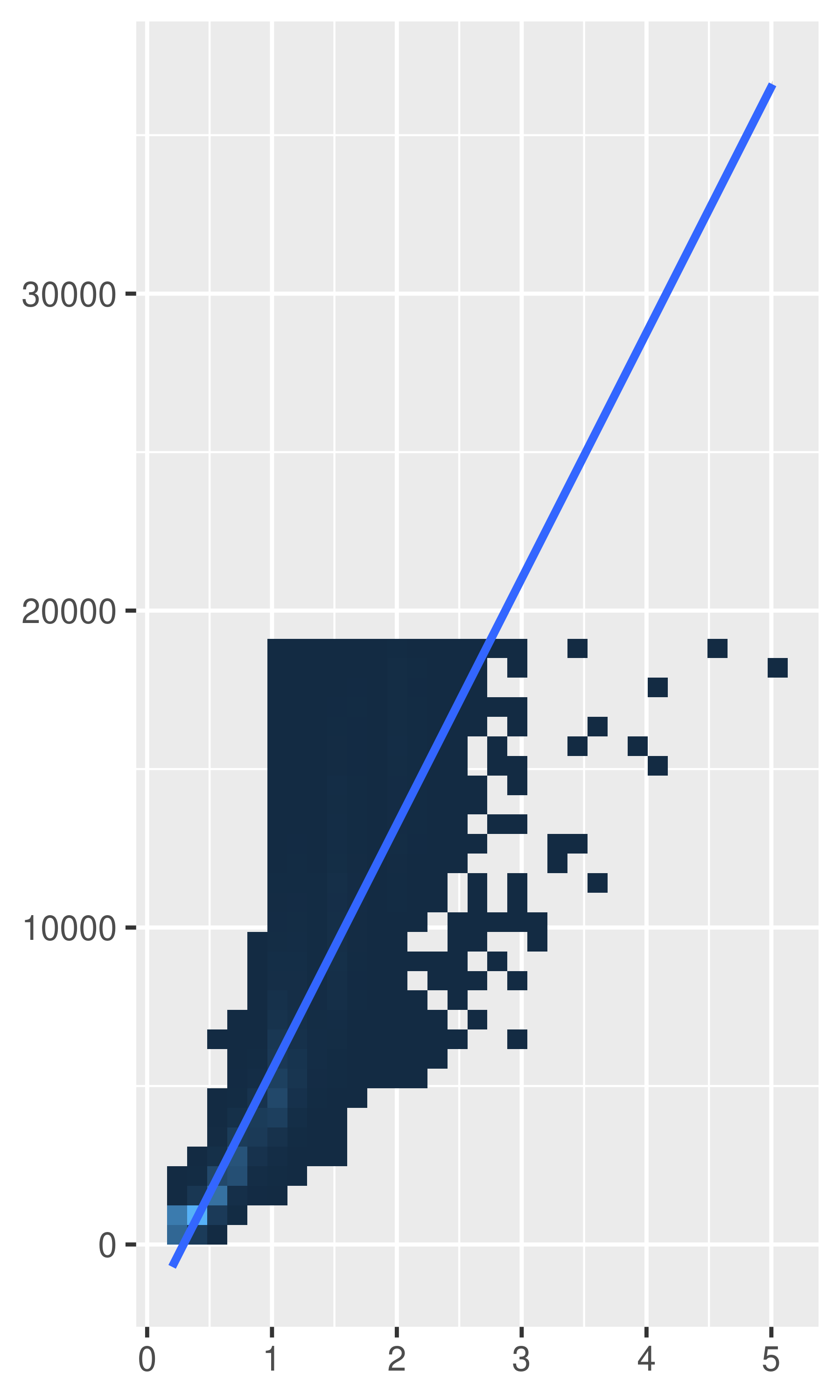 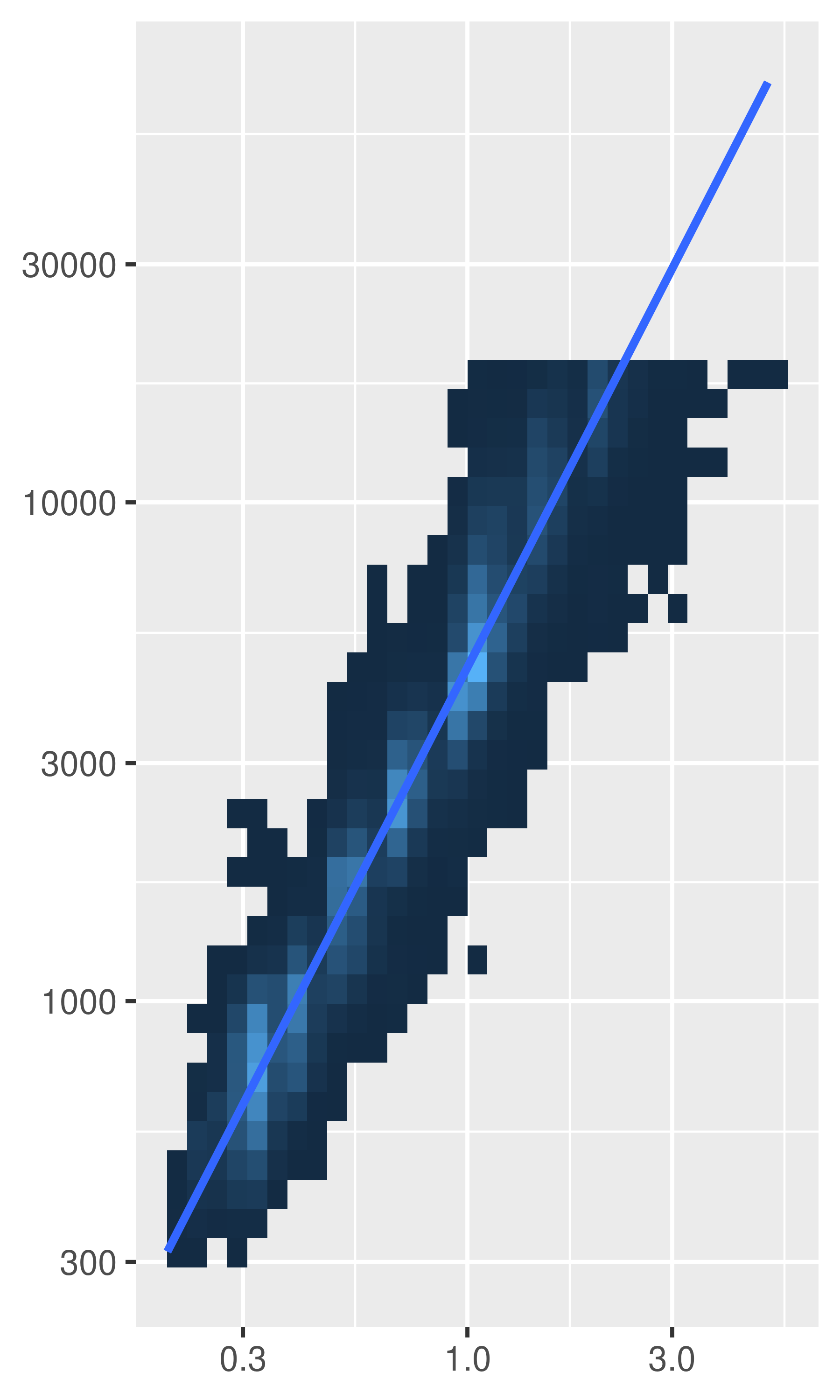 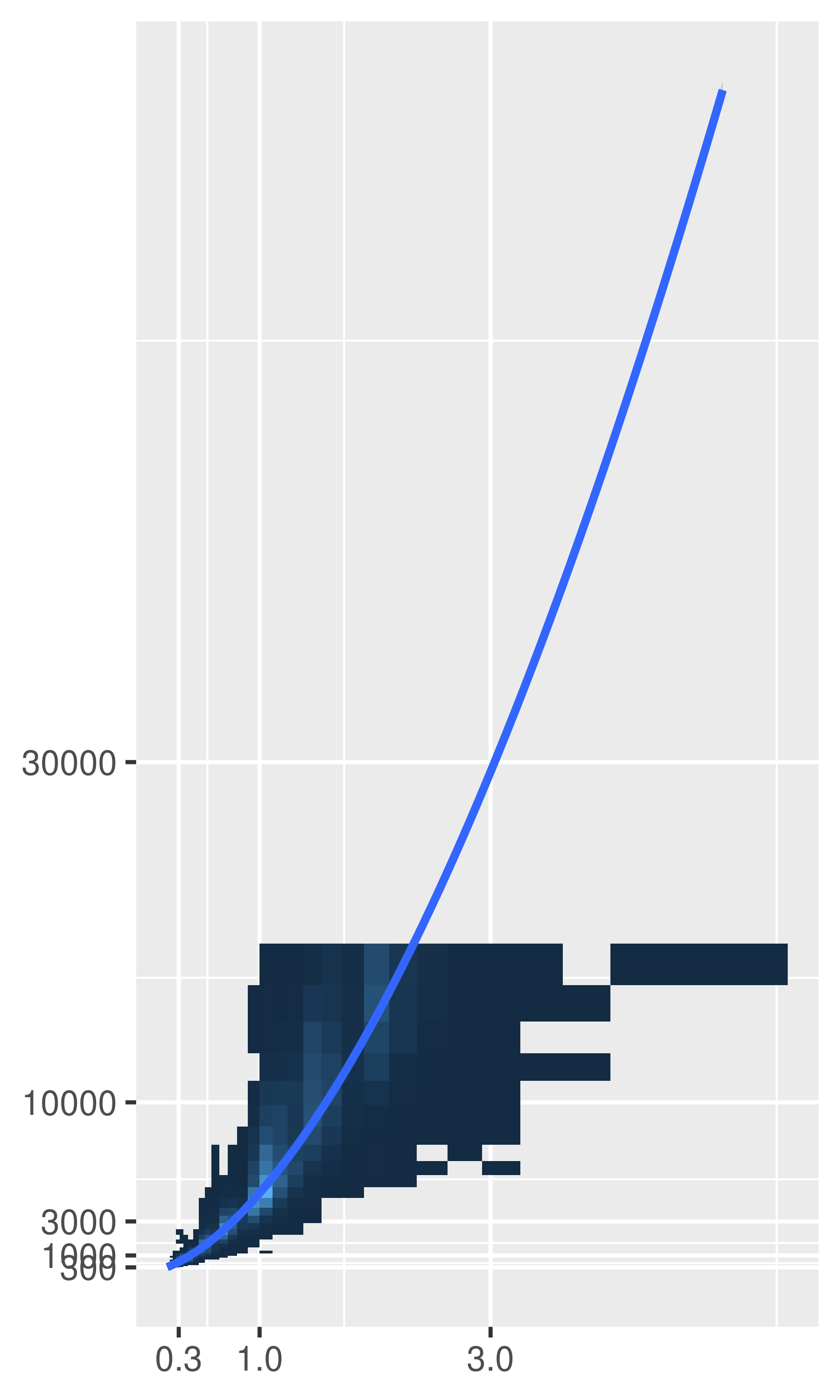 Using polar coordinates gives rise to pie charts and wind roses (from bar geoms), and radar charts (from line geoms). Polar coordinates are often used for circular data, particularly time or direction, but the perceptual properties are not good because the angle is harder to perceive for small radii than it is for large radii. The theta argument determines which position variable is mapped to angle (by default, x) and which to radius.

The code below shows how we can turn a bar into a pie chart or a bullseye chart by changing the coordinate system. The documentation includes other examples. 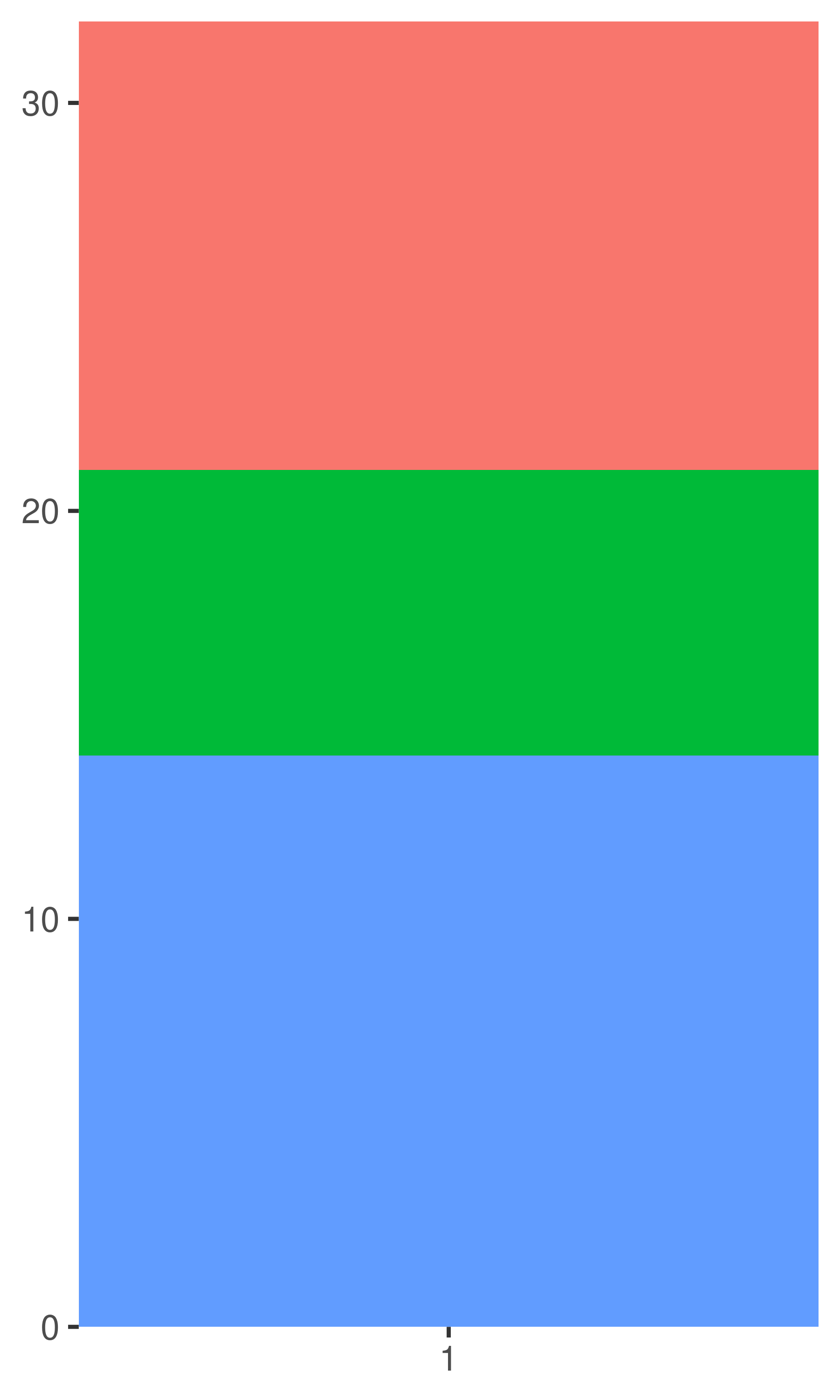 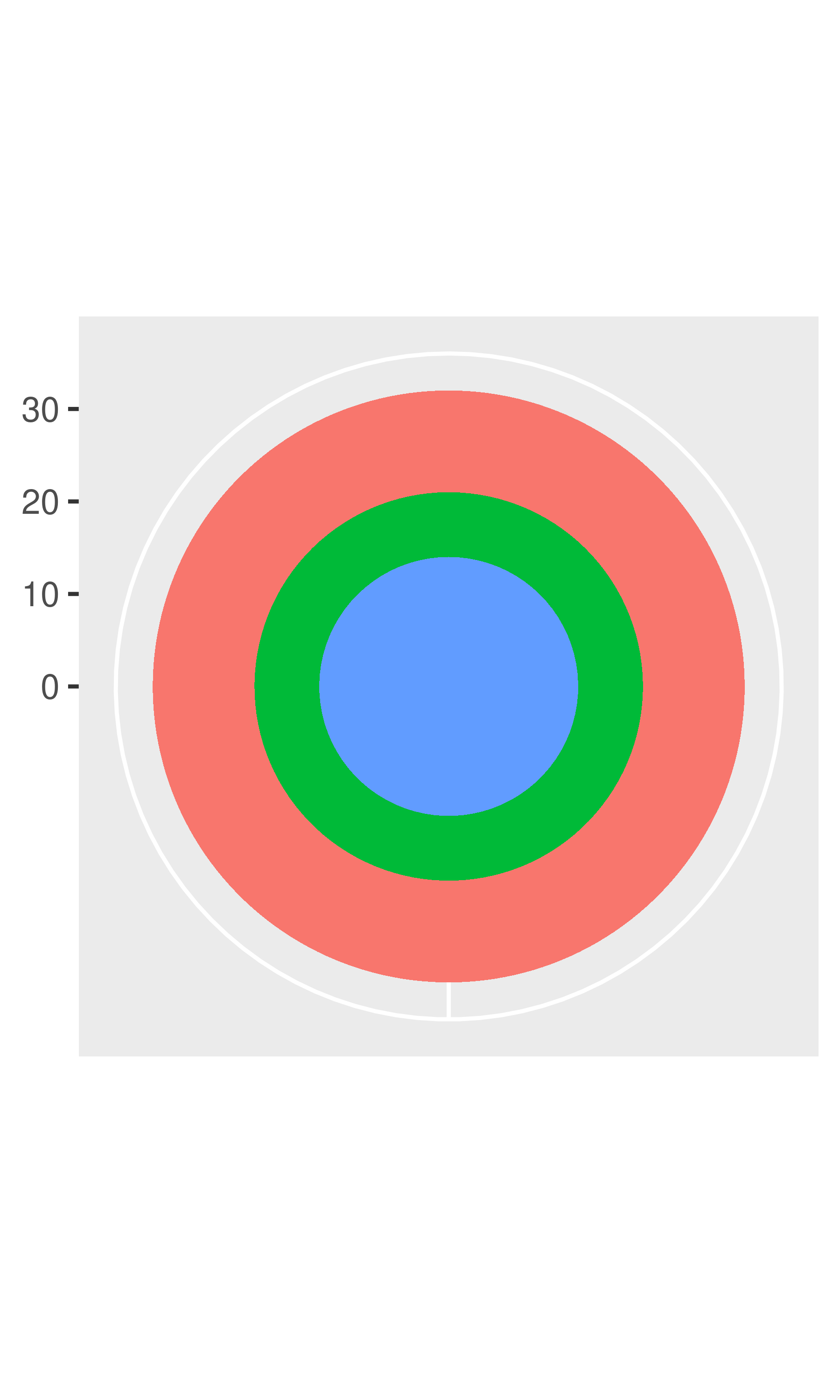 Maps are intrinsically displays of spherical data. Simply plotting raw longitudes and latitudes is misleading, so we must project the data. There are two ways to do this with ggplot2: